Asbir, Hira Singh & Co has its roots in the tin mining city of Ipoh in 1980 and then branched to Kuala Lumpur in 1990. The firm has been founded with values of development of the law, research and litigation & advocacy. The second generation of the family now helms the firm.

Through the years the tradition continues and the reported cases in many areas from land law, professional negligence, medical negligence, company law, commercial and banking law, contract, insolvency law and the law on advocates & solicitors are testament of the firm’s policy to advance the development of the law.

Our partners also regularly give talks on areas on their expertise and are interested in law reform and nurturing the new talent coming into the legal profession while upholding the common core values. We do our best to serve the needs of our clients; having regards to the legal principles and strength of each brief.

The firm of Asbir & Co. was established by the late Madam Asbir Kaur Sangha on 2nd January 1980

in Ipoh as a sole proprietorship and the firm’s name was subsequently changed to Asbir, Hira Singh & Co in 1982 when the late Mr. Hira Singh became a partner in the firm till his demise due to an illness in 2005 . The late Madam Asbir Kaur Sangha served as Managing Partner of the firm till her sudden demise on 8.4.2015. The firm has been situated in the same office premises since inception and has been part of the Ipoh Old Town landscape for close to 40 years.

The Kuala Lumpur office was established in 1990 as branch and satellite office and was situated in the Straits Trading Building till October 1998 before moving to CityPoint, Kompleks Dayabumi close to Bangunan Sultan Abdul Samad and Court houses in Jalan Raja, Kuala Lumpur. On 2 nd November 2009 the Kuala Lumpur office moved to its current premises.

The current partners are truly products of the firm and hold on to the values of the founders. 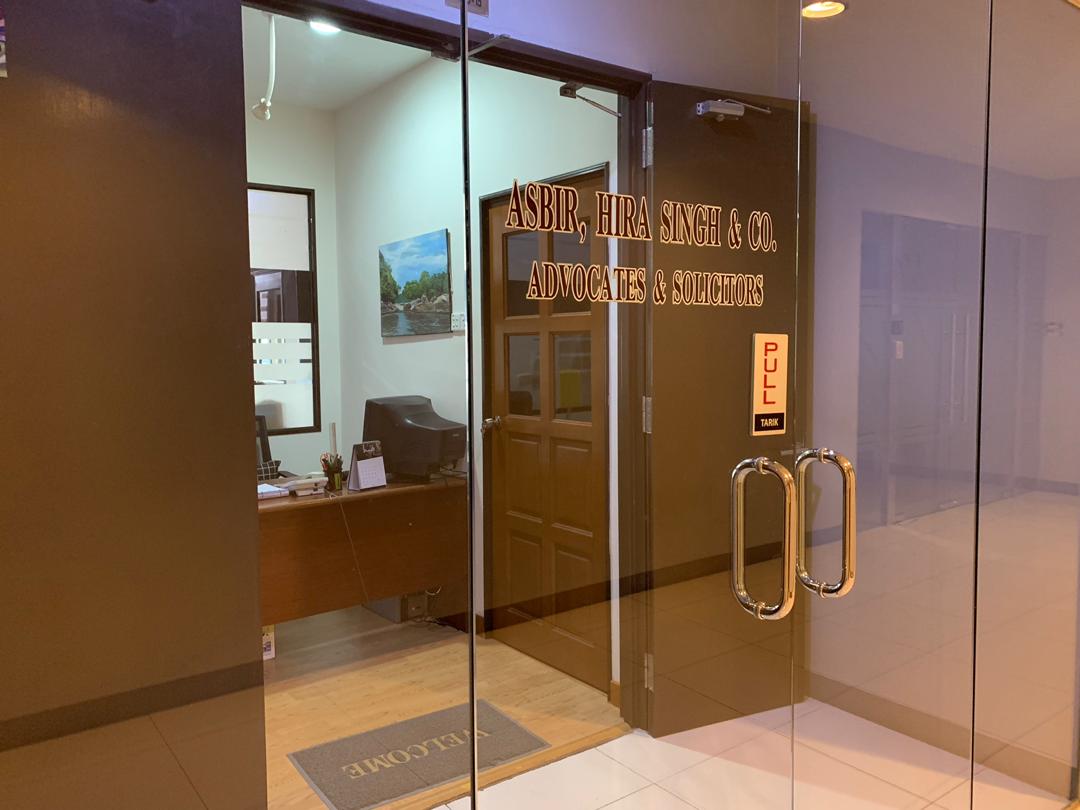 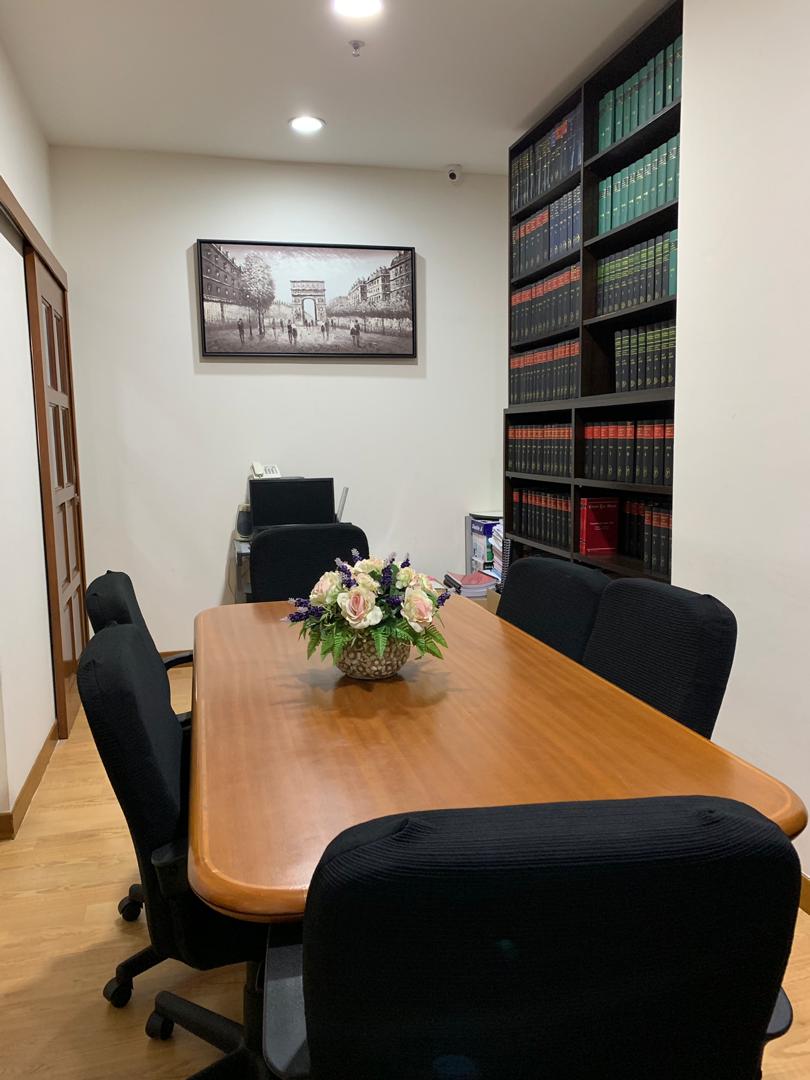 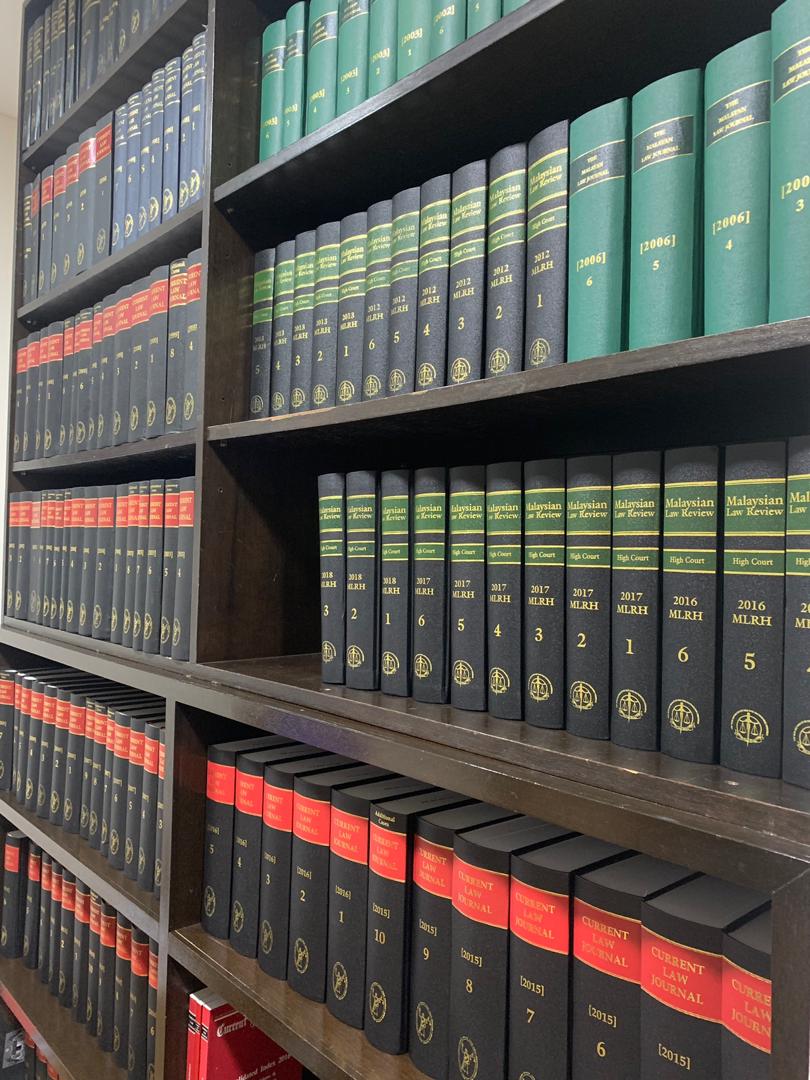 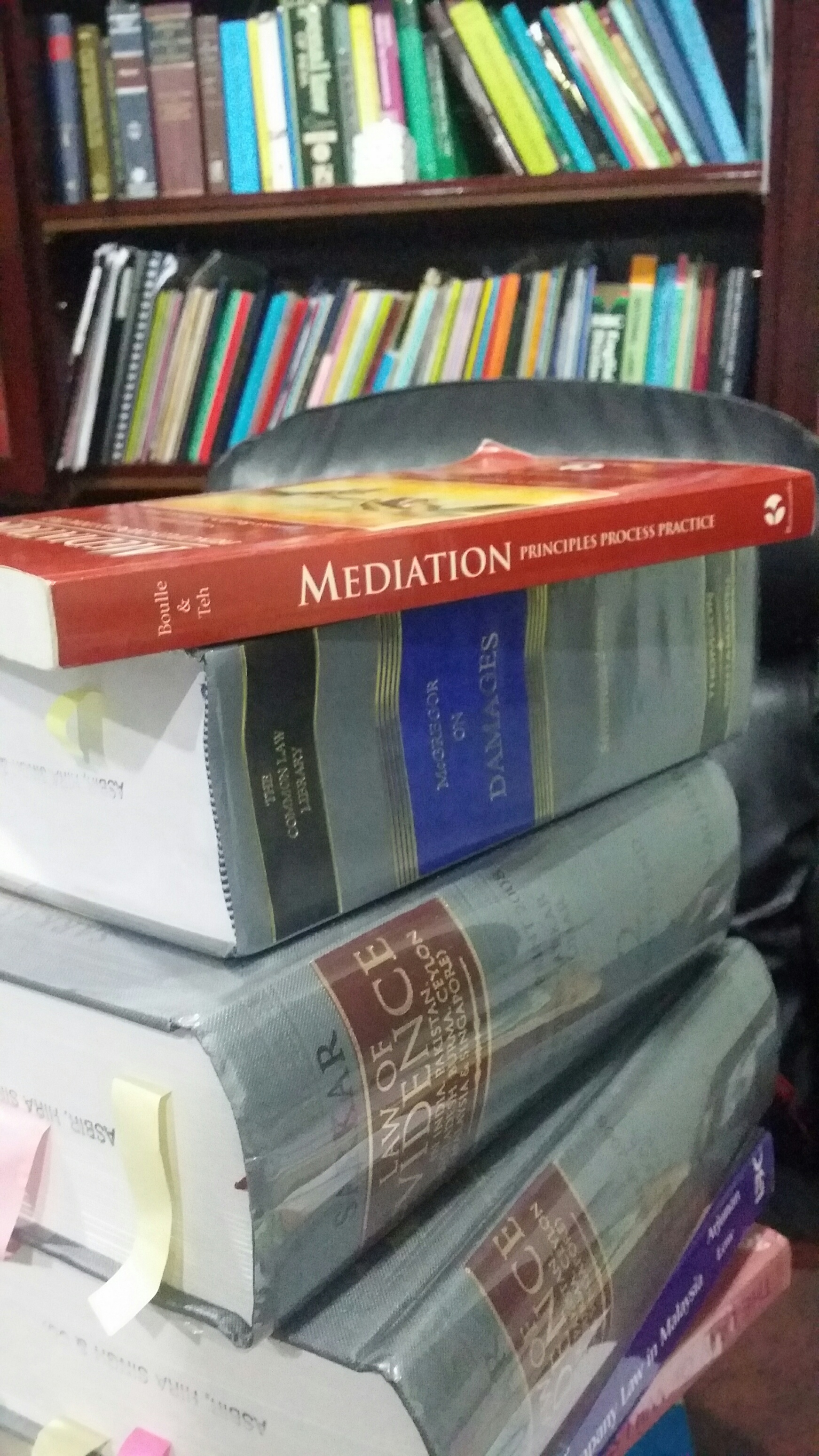 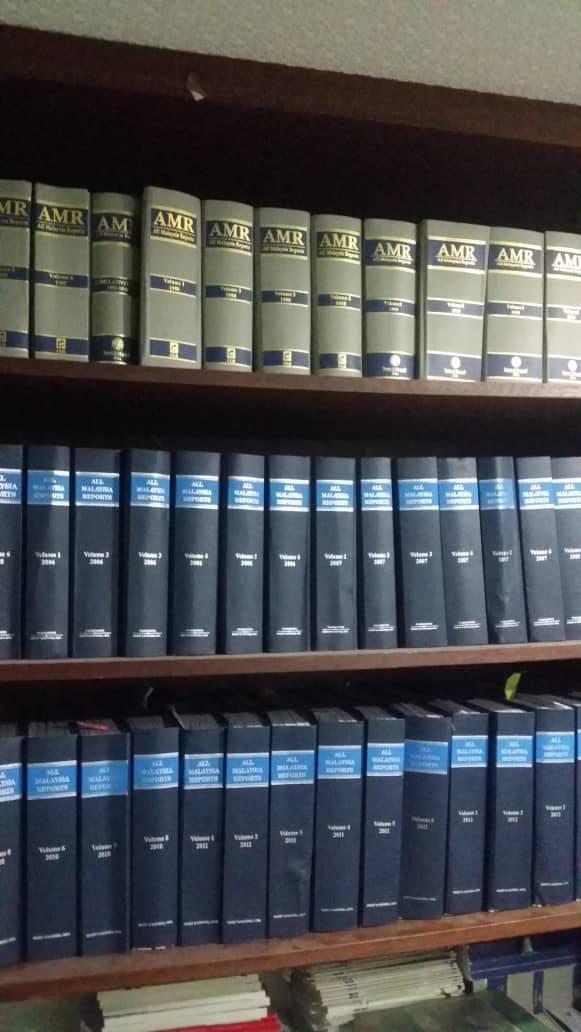 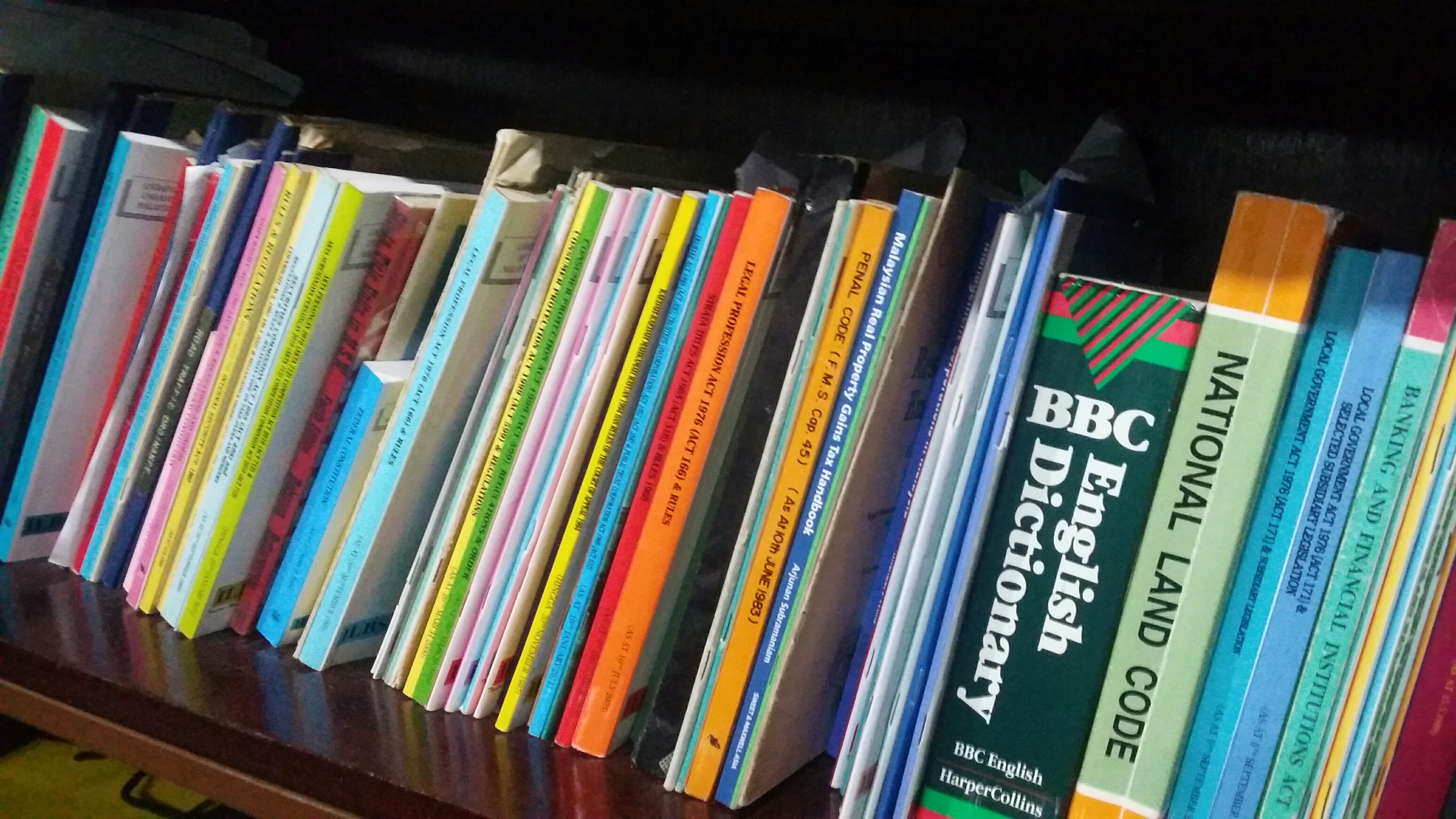 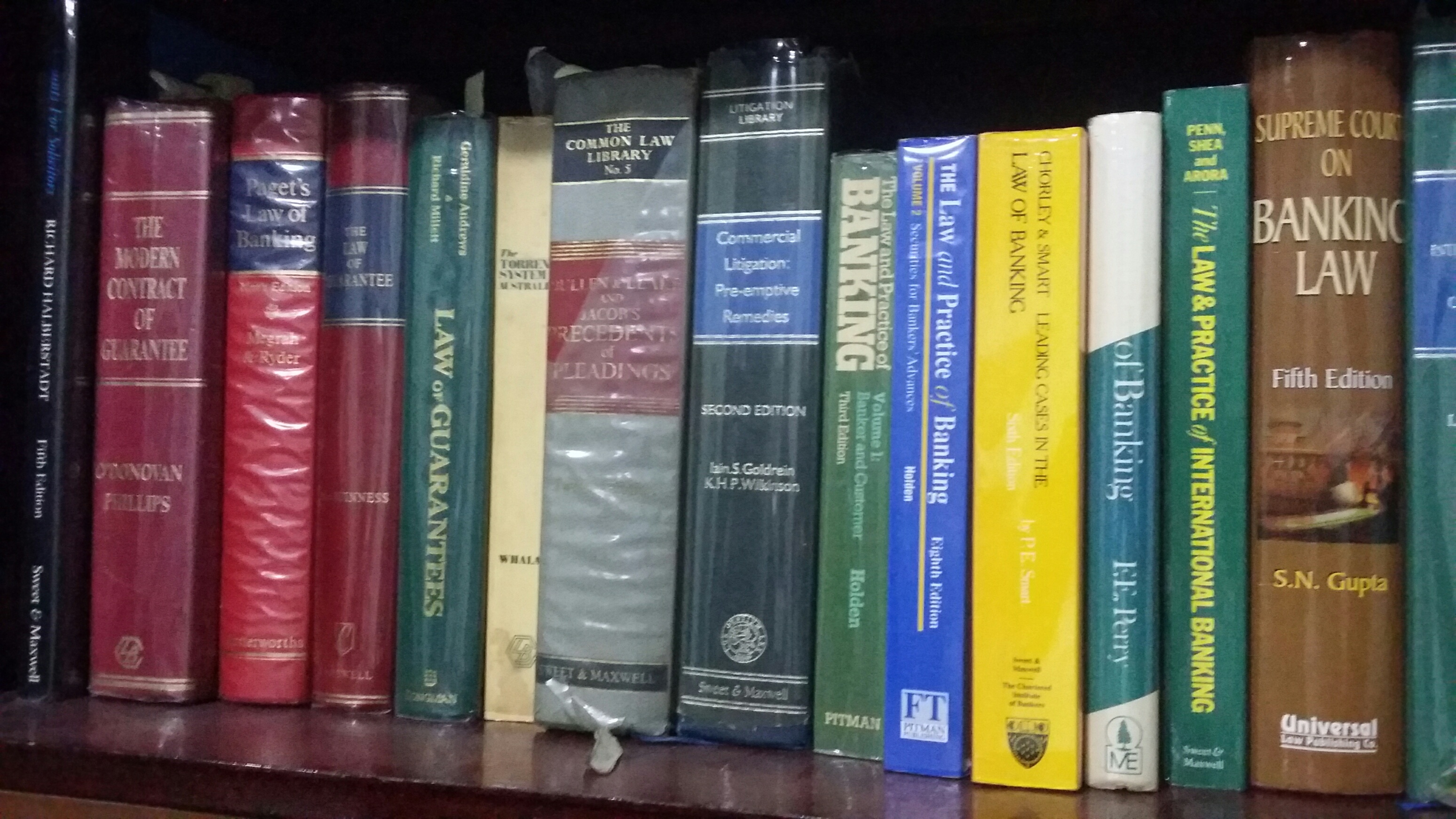 It is the grounded policy of the firm to serve all our clients efficiently and expeditiously without forsaking meticulous attention to detail. The partners of the firm supervise all the work done and have promulgated a strong concept of teamwork.

We regard issues of conflict of interest and confidentiality highest on the list of our ethical concerns when dealing with any brief given to the firm.

It is the policy of the firm to do as much pre-trial discovery as possible prior to any complaint reaching the Courts. However, we are strong advocates that mediation is the best way to resolve issues. We also advise on chances of success upfront based on the evidence collected.

Our firm has invested substantially in an extensive library [both paper and electronic] in order to keep abreast of the developments in Malaysia and all the Commonwealth countries and believes in Continuing Legal Education and training.

All conveyancing documents signed are explained in the presence of a lawyer.

We update clients on developments of matters and advise on alternate dispute resolution mechanisms available and work to fairly and expeditiously dispose matters.

Our lawyers are very experienced in civil and commercial litigation and have argued before all levels in the Malaysian Courts for matters ranging from land, banking, corporate and commercial, medical negligence, employment, insolvency and restructuring, landlord and tenant, judicial review and probate and administration of Estates. Our partners are also trained Mediators and practice mediation advocacy regularly. We also appear regularly before the Malaysian Medical Council for complainants as well as Doctors.

Experts in their field. If you or your business is facing a legal challenge, contact our experts for consultation. 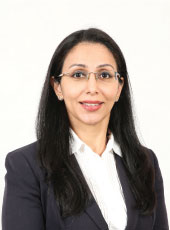 Anit Kaur Randhawa commenced legal practice in 1999 and read in chambers with Asbir, Hira Singh & Co., the firm and subsequently joined the firm as a Legal Assistant. Anit was made a Partner on 1.1.2003. 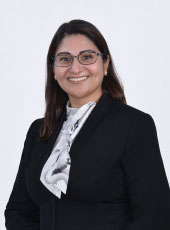 Navit Kaur Randhawa commenced legal practice in the year 2000 and read in chambers with the firm under the late Madam Asbir Kaur Sangha and subsequently joined  the firm as a Legal Assistant. Navit was made a Partner on 1.1.2006.

Jeffanie Phang holds a Bachelor of Law (Honours) from Aberystwyth, United Kingdom and complete her Certificate of Legal practice in 2017.

Take a job opportunity of life time - join the team of Asbir, Hira Singh & Co. If you are enthusiastic about lawyering and ready to make impactful decisions, feel free to send us your CV. We are interested in hiring professionals for a long term.

Our Firm believes in providing a conducive atmosphere of learning and developing. We encourage our associates to challenge themselves and believe in investing in the individual.

Pupils interested in reading in Chambers with the Firm will shadow an Advocate throughout their 9 month pupilage and will be exposed to proceedings at the Subordinate Courts and the High Courts and be encouraged to appear in Court after their short call.

Our Firm believes that the quality of work provided to clients must be outstanding. In keeping with that objective, we are happy to invite applicants with strong academic qualifications and good interpersonal skills to join our organization.

How Can We Help?

Schedule a meeting with us now.

Anit Kaur Randhawa commenced legal practice in 1999 and read in chambers with Asbir, Hira Singh & Co., the firm and subsequently joined the firm as a Legal Assistant. Anit was made a Partner on 1.1.2003.

She handles all aspects of Civil and Commercial litigation and regularly appears in the Lower Court, High Court and the Appellate Courts and the Malaysian Medical Council. She is the resident Lawyer at the Kuala Lumpur office.

Anit holds a Bachelor of Laws (Honours) from the University of Bristol, United Kingdom. She was called to the English Bar (Lincolns Inn) in October 1998 and was admitted as an Advocate and Solicitor of the High Court of Malaya on 6.10.1999.

She received accreditation by the Bar Council Malaysia as a Member of Panel of Mediator of the Malaysian Mediation Centre in the year 2008.

She regularly delivers talks and participates in seminars in pursuit of continuous legal education and law reform. Anit has also served on the Committees of the University of Bristol Alumni Association of Malaysia (UBAAM) and the Medico Legal Society of Malaysia (MLSM) and is also a member of the PRIDE Foundation.

Navit Kaur Randhawa commenced legal practice in the year 2000 and read in chambers with the firm under the late Madam Asbir Kaur Sangha and subsequently joined  the firm as a Legal Assistant. Navit was made a Partner on 1.1.2006.

Her areas of practice include Land Law, Banking, Company Law, Individual and Corporate Insolvency, Commercial Law, Medical Negligence, Employment Law, Succession Law and Arbitration. She is the resident partner at our Ipoh office.

She was trained in advocacy in London and appears in Lower Courts, High Court, and the Appellate Courts and handles all aspects of Civil and Commercial litigation.

She deals with all the aspects of drafting documents, often advising on the merits and negotiating terms. Drafting, be it a contract between parties or a pleading before the Court is something she places great importance on as she is of the view that a well drafted document or pleading is half the battle won in a court room.

She has as part of her corporate portfolio advised several international clients on aspects of potential Joint Ventures, and Acquisitions, Company Law, Land Law, Employment Law and Corporate Insolvency.

Navit received accreditation by the Bar Council Malaysia as a Member of Panel of Mediators of the Malaysian Mediation Centre in December 2006 after being awarded the certificate of mediation by the Accord Group, Australia. She has also in February 2019 been awarded a diploma for International Arbitration by the Chartered Institute of Arbitrators, London.

Navit was called to the English Bar (Lincoln’s Inn) on 27.7.2000, and was admitted as an Advocate & Solicitor to the High Court of Malaysia on 27.7.2001 and holds a Bachelor of Laws (Honours) from the University of Bristol, United Kingdom.

Jeffanie Phang holds a Bachelor of Law (Honours) from Aberystwyth, United Kingdom and completed her Certificate of Legal practice in 2017. She was admitted as an Advocate and Solicitor of the High Court of Malaya on 12.9.2018 after completing her pupillage with the firm.

Jeffanie has completed the Advocacy Training Course organised by the Malaysian Bar in 2018 and has assisted in trials relating to Medical Negligence, Banking, Commercial Law, Tortious Actions and regularly appears in the Lower Courts, High Court, and assists in the Appellate Courts. Jeffanie also handles probate and administration and conveyancing matters.

The materials in this website are intended to provide general information in summary form on the firm only. The contents should not be construed as legal advice. Formal legal advice should be sought in specific matters.